General Information About the Court

The Sixteenth Judicial Circuit is one of twenty trial court circuits in the State of Florida.  Monroe County spans from the southernmost point of Florida through the the Florida Keys.  The Sixteenth Circuit has four circuit judges and four county court judges, assisted by senior judge, general magistrates and hearing officers in the adjudication and disposition of cases.

Court Administration provides support services to aid the judiciary in the daily operations of the court, and it operates under the administrative guidance of the Chief Judge. Court Administration responsibilities include budget and finance: human resources; preparation of a master court calendar for the circuit; accessibility; family, drug court, foreclosure, and truancy case management; family mediation; court reporting; court technology; legal research for the judges; emergency and continuity of operations planning; and scheduling and coordination of court interpreters. Court administration staff also includes a child support hearing officer and a magistrate who hear cases in their capacity as quasi-judicial officers.

Many functions of Court Administration are performed in conjunction with local officials, including Clerks of Court. Each county has an independently elected constitutional officer, the Clerk of Court, who is responsible for maintaining the official records of the court. 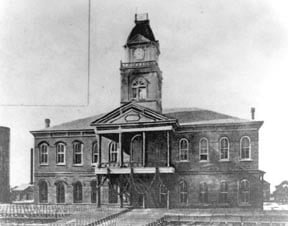